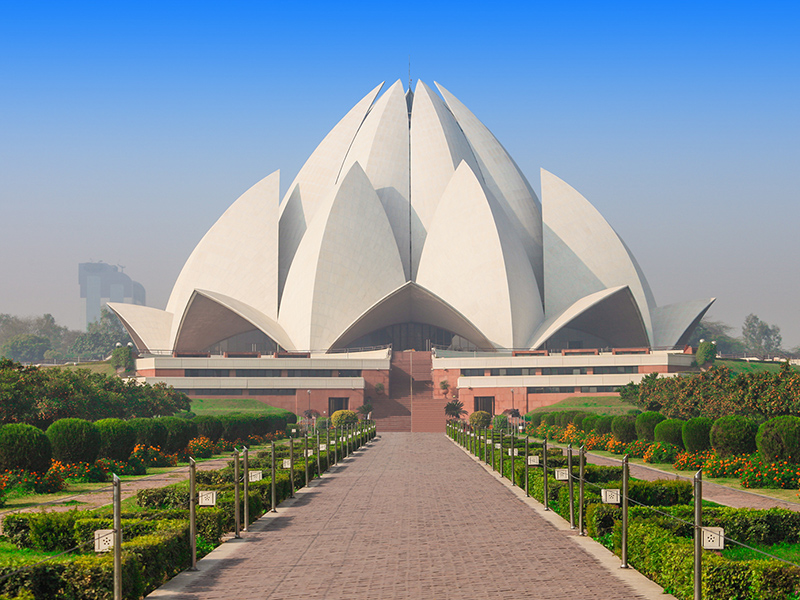 Delhi – The Nation’s Capital boasting of Old and New

First stop on your Golden Triangle tour will be the nations capital city of Delhi. Once called Shahjahanabad, Old Delhi was the capital city of the Mughal Empire and was built by Shah Jahan during his reign from 1628-1658. What is the difference between New Delhi and Old Delhi? New Delhi or Delhi is the seat of both the State Government of Delhi and the Government of India. Old Delhi is the historic part of Delhi and where Shah Jahan ruled for many years before his imprisonment and then death.

Delhi, both old and new, is a fascinating experience in Indian culture. From opulent hotels and restaurants to streets bustling with food vendors, sales shops, people everywhere and maybe even a cow or two blocking the road, visiting Delhi is an incredible experience that is sure to intrigue and impresses you. There’s a lot to see in Delhi and a great place to start is taking a stroll along Delhi’s main shopping area Chandi Chowk. This famous shopping area in Delhi is a bustling centre where it seems like everything is going on at the same time. But, when you stop to look around, saris waving in the breeze, fragrant and colourful spices shining brightly through shop windows, and animals meandering along the road like they are part of a parade, you feel as though you’ve been transported to a different time, a time, despite the bustle around, that is absolutely simple and happy. Sweet tooth paradise, make sure to stop in at one of the many Indian sweet shops and grab a Gulab Jamoon and a cup of chai!

There is a lot to see in Delhi with its main attractions being the Red Fort, Qutab Minar, Jama Mosque, Gurudwara Bangla Sahib, Gandhi’s House, as well as India Gate to name just a few. Regardless of where you start and finish in Delhi, you are sure to be educated and enlightened every cobblestone step of the way. Agra – Home to the Greatest Monument of Love Ever Built

After your introduction to India in its famous city of Delhi, you will travel about 250 km to the city of Agra. Agra is home to the universally loved and admired Mughal masterpiece, The Taj Mahal. Although you have seen photo after photo of this palace of love, nothing quite prepares you for the moment you walk through the gate and cast your unsuspecting eyes upon this white marble marvel of architecture. Truly breathtaking in its own right, just the massive height alone of this structure is enough to impress. As you walk closer and closer to this tomb of love, there is an overwhelming feeling that, as it pulls you closer, you are at the same time stepping back in time – a time so grand and beautiful that you feel that you are a part of something you never knew, but that has always been a part of you – Indeed, writers and photographers have tried to capture the essence of The Taj Mahal, however, it is not until you are actually standing in front of it that you experience the feeling of grace as form. Remarkable from every turn and glance, despite knowing, reading, and seeing visions of it in your head for so long, this moment will truly leave an impression on your heart. Wow, all that and you haven’t even walked in yet!

The Taj Mahal was built by Shah Jahan in loving memory of his beloved wife Mumtaz who died giving birth to their fourteenth child, yes, fourteenth! The Mughal leader was so distraught by the loss of his love that he had the monument of love built in her name so that he could visit her at any time. Little did he know that his son would imprison him and he would only be able to see The Taj Mahal from his prison window. The Taj Mahal took 20 years to build and over 20,000 labourers to complete. Agra, such a simple name of the city that is home to one of the most magnificent monuments in the world.
Your tour of Agra continues with your next stop at Fatehpur Sikri, the abandoned capital city and a monument of the Mughal Empire. Fatehpur Sikri was built with every luxury of the time in mind, however, due to the scarcity of water, the city was abandoned about a decade after it was built. This is an interesting tour as you stroll along what use to be courtyards, palaces, gardens, and more. Not far from here you can also see Agra’s Baby Taj, Agra Fort, and Akbar’s Tomb before heading onto your next stop of the Golden Triangle Tour, Jaipur. Jaipur – The ‘Pink City’ of Forts, Temples, Textiles and Gems

Next on our Golden Triangle tour is the famous city of Jaipur which is about 250 km from Agra. Why is Jaipur called ‘The Pink City’? In the 19th Century, when India was a British colony, the city was expecting a visit from Edward, Prince of Wales. In order to clean up the city, a fresh coat of paint was ordered to be painted on as many buildings as possible, a pleasant pink was chosen to highlight the blossoming city in the Thar Desert. Indeed, this magical city in the middle of the desert looks as though it has been born from the earth in all of its organic beauty. As you meander through the city, you’ll notice how the pink buildings have turned into a gorgeous sun-kissed pinky yellow which is a delightful effect of this charming city.
First stop, Hawa Mahal or ‘The Palace of Winds’ which is notable for its 365 windows where the ladies of the court were able to peer out onto the city. If you take the steep walk to the top you will have a fabulous view of the city. Honking horns and the bustle of the city seem to disappear from the removed heights of the palace which is also a great vantage point to get some incredible photos of Jaipur.

Onward to the UNESCO World Heritage Site of Amer Fort, just a twenty- minute drive from Jaipur and definitely a highlight of the area. Amer Fort, sometimes referred to as Amber Fort due to its beautiful amber colour, is a nostalgic look at the main residence of the King of Amer. Take a jeep ride to the top of the fort to take in the stunning views. Built in 1592 and made of sandstone and marble, the fort consists of courtyards, palaces, halls, and gardens. In the kings’ private quarters there are two buildings which are separated from a large, ornamental garden. It is here that you will see the most beautiful part of the fort, the Diwan-e-Khas or Hall of Private Audiences. On the opposite side of the garden and the upper part of Diwan-e-Khas is Jas Mandir which showcases delicate and beautiful floral and glass designs. You are sure to enjoy strolling through this incredible fort which takes you back to another time where you can almost feel the opulence in the air.

Jaipur is also one of the best places for shopping as it boasts a large variety of textile shops, fabric/custom clothing shops, and jewelry and gemstone stores. This and more awaits you on your final stop of India’s Golden Triangle.

Whether you are a bucket list traveler to India or you have a deep spiritual yearning to see this magical country, I guarantee that regardless what brings you to India, you will leave with a profound appreciation for the magic that the incredible country of India has to offer.
Give Explore India a call today and let the magic of India begin.